Background of the Partnership
DEA’s “PlayMining” is a GameFi platform that links games and NFT trading, and as of August 2022, has over 2.4 million users from approximately 100 countries. In addition to its flagship play-and-earn title “JobTribes”, which has been available since May 2020, DEA has launched a new title “Cookin’ Burger” in August 2022, and plans to launch multiple new titles during FY2022, leading the world’s Web3 gaming industry.

Meanwhile, YGG Japan, established by YGG after its expansion into Japan, aims not only to let Japanese game users “Play to Earn”, but also to lead them into the world of “Play and Earn”. YGG Japan will also support Japanese game companies to launch their blockchain games to the world.

The original NFT is a collaboration NFT with each guild that supports JobTribes as guilds in addition to YGG Japan. In addition to the logo of each guild in the illustration, the skill names that can be used in the JobTribes game were decided from the public nominations of each guild’s community members.

The original NFTs will be minted and distributed to visitors to the YGG Japan and DEA booths at the Tokyo Game Show 2022 on Saturday, Sept. 17 and Sunday, Sept. 18.

DEA and YGG Japan will collaborate on various measures to form and expand the community toward the common goal of “mass adoption of blockchain games” in the Japanese market.

[About YGG Japan]
YGG Japan aims not only to let Japanese game users “Play to Earn”, but also lead them into the world of “Play and Earn”.

Japan is one of the world’s leading content powers. Through media such as manga, anime, and games, the country owns a large number of IPs by global standards, and new IPs are being created every day. There are also many development studios that create world-class games. YGG Japan will provide an environment to deliver games using Japanese IP and original blockchain games to users around the world.

Guilds, the gaming community, are essential to enjoy blockchain games. Therefore, we will expand the guild network by strengthening the scholarship system, guild management tools and various game-related incentive programs so that more and more vibrant guilds will be created. Through these activities, we will scale up the blockchain game market in Japan and realize a new world where games are a part of daily life. 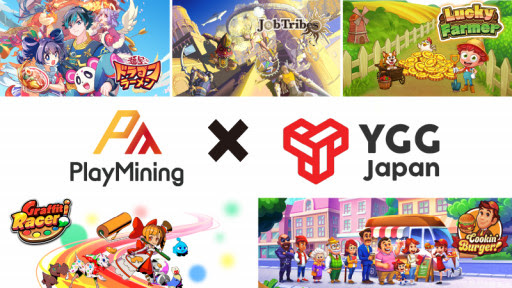 This content was issued through the press release distribution service at Newswire.com.

City of Vacaville Introduces Next Generation to Biotechnology and Advanced Manufacturing